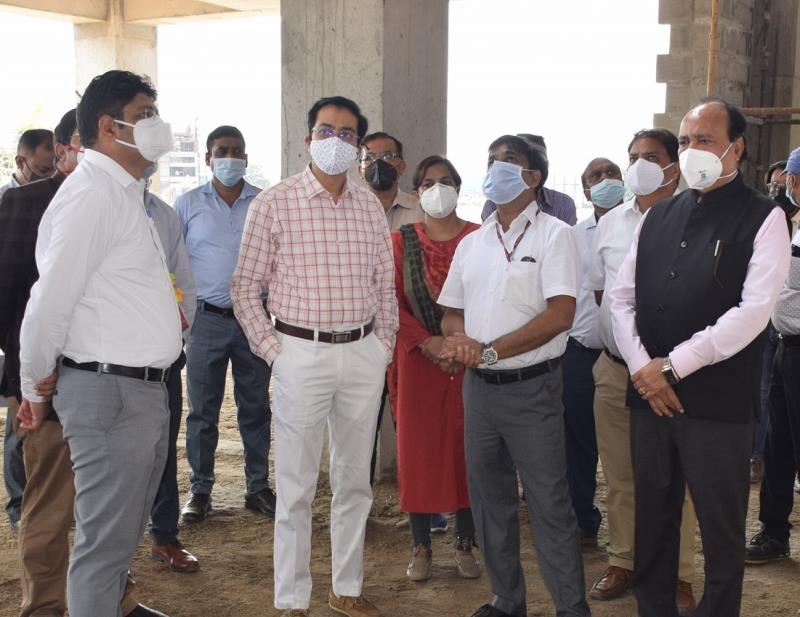 SAMBA, OCTOBER 05: Vivek Bhardwaj, Additional Chief Secretary of Health and Medical Education (H&ME), today visited the Jammu of the Indian Institute of Medical Sciences (AIIMS) under construction in Vijaypur and inspected various development works being carried out in the first health center.

The Additional Chief Secretary was briefed on the current state of the ongoing construction work in the upcoming AIIMS through a detailed presentation. He was informed that the prestigious AIIMS Jammu project is expected to be completed by March 2023 and that all work is on a war footing to be completed on schedule. The complete project consists of two phases including the construction of a hospital, a medical school, hostels, residential quarters and other public services. The first health facility is being established with a sanctioned cost of Rs. 1661 crore including Rs. 1452 crore for the medical college and other infrastructure in addition to Rs. 209 crore for the latest medical equipment based on the technology and related equipment.

The Additional Chief Secretary, while reviewing the construction of the underpass between phase I and phase II of the AIIMS project, asked the representatives of NHAI and the R&B department to step up the pace of the civil works to rapid completion. He also requested the Irrigation and Flood Control Department to construct protective walls along the Devak River in accordance with the DPR and complete the required works within the set time frame.

Later, the additional chief secretary visited the Ayush block under construction as part of the AIIMS project in addition to launching a planting campaign on the premises.