“Wuhan is a beautiful place, you know,” Vinod* says, on the phone, as we reminisce about the plight of Indian medical students forced to return home two years ago after the outbreak of the COVID-19 pandemic. His stuttering and long pauses reflect the anxiety students and their parents have been grappling with for over 800 days now. Even today, there seems to be no end in sight.

Vinod, originally from Kerala, had left the country in 2017 to join Wuhan University in China and returned to India at the start of the pandemic. He was a good student at school. “Two of my cousins ​​were already studying medicine in China when I completed class XII. My National Eligibility-cum-Entrance Test (NEET) score was not good enough to get me a place in a college government, and a good place in a private college costs between ₹50 lakh and ₹70 lakh on paper. In China, I could complete the same course in less than ₹35 lakh,” he says. Like Vinod, thousands of students travel out of the country every year to earn a medical degree simply because it’s more affordable. But now a crisis is brewing. As students waiting to return to China are joined by students returning home from war-torn Ukraine, one has been surprised by the sheer numbers. Prime Minister Narendra Modi has even urged students to study in India.

While traveling abroad for a coveted graduate degree in a major of choice is well documented, what motivates undergraduate students? After all, it cannot be easy to leave the comforts of home and family and spend years in a foreign country where everything from climate and language to food and education is foreign. 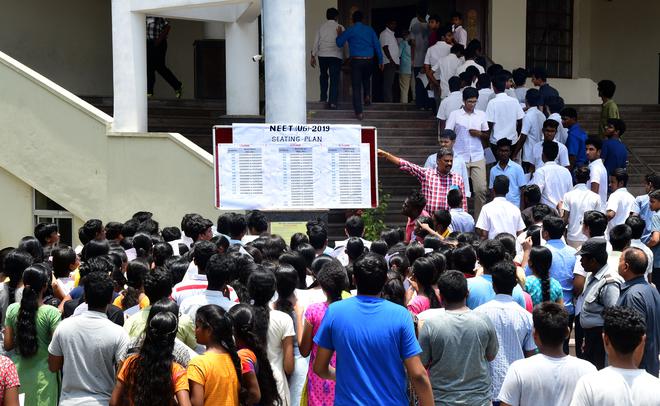 There must be a strong driving factor, which is partially revealed by the figures presented by the Ministry of Health in the Lok Sabha. According to the data submitted in December 2021, there were 88,120 MBBS places and 27,498 Bachelor of Dental Surgery places available in India. Against these seats, the number of candidates who registered for NEET last year alone was 15 to 16 lakh. So what happens to all the aspirants who don’t get a place for medicine?

This is where an MBBS program in Ukraine, Russia, China or the Philippines comes in. A seat in a medical school in these countries is much cheaper than one in a private college in India, where the courses cost nearly ₹1.25 crore at a reasonably good institution. In addition, the courses there are much less competitive than in India.

In February 2018, it was made compulsory to pass NEET to obtain a certificate of eligibility to study MBBS in medical colleges abroad, in addition to the usual criterion that students obtain at least 50% in physics, chemistry and biology in class XII. However, most countries that accept Indian students allow entry at low NEET scores. 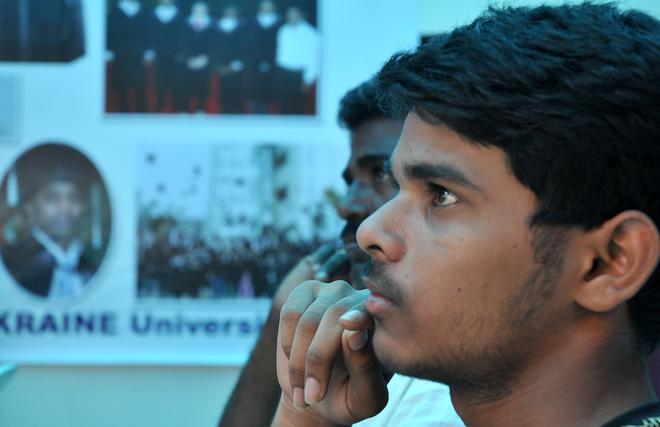 NEET exams are set for a total score of 720 (360 for Botany + Zoology; 180 for Physics; and 180 for Chemistry). On average, a student in the general category must score above 550 to get a chance of securing a place in a good government medical college in India through the all India or state quota. While an aspirant planning to go abroad only needs to score cut-off marks, which in 2021 for a general category seat was 138.

“While high scores on the NEET exam are not what ultimately make a good doctor, the exam does provide insight into a student’s ability to complete a demanding course,” says gastroenterologist Rajeev Jayadevan senior consultant and former president of Indian Medical Association (IMA), Cochin.


The other issue is the intensive coaching required to achieve the high NEET scores that can secure a place in a government college here. As Ravi Wankhedkar, former IMA President, says, the NEET exam favors those who can afford the coaching and investment needed to decipher the paper, which puts many students at a disadvantage. This is what led the government of Tamil Nadu to oppose NEET when it was made compulsory, saying it was against the interests of its state council students. Many other state governments are now raising the same objections.

But studying abroad has its own pitfalls. For example, the National Medical Commission (NMC) – a 33-member body that regulates medical education and medical professionals and replaced the Medical Council of India in 2020 – advises students against enrolling in countries like Kazakhstan which offer a bilingual course because the NMC guidelines do not recognize bilingual courses in India. English is compulsory as the sole language of instruction. In addition, the NMC, in a notification earlier this year, advised students against applying to Kyrgyz universities because students overlooked “supervision, regulation and infrastructure issues in these institutions”.

Moreover, in the current crisis generated by the pandemic and the war in Ukraine, the students who have returned do not know how they will complete their studies. NMC does not endorse any medical course delivered solely online. Undergraduates are now considering Egypt, Poland and Armenia as potential destinations to complete their degree.

Also, according to the Indian Medical Council Act 1956, students obtaining a medical degree from a foreign country must pass the Foreign Medical Graduates Examination (FMGE) in order to register and practice. in India. “The percentage of students who pass this exam has not exceeded 20%, which is a testament to the quality of education foreign graduates are exposed to,” says Dr Wankhedkar. “Yet with the cost of private medical schools being so exorbitant, what can students do? The next logical step is for the Center to step in and rationalize the fees. But we also cannot forget that these are commercial enterprises.


Dr. Wankhedkar points to the compelling desire, especially among middle-class families, to somehow see their children become doctors. A strong status symbol is attached to it. “Taking advantage of this, there has been a proliferation of universities in many countries to offer medical degrees at a much lower cost than in India. The current crisis has only brought this issue back to the fore While there is an urgent need to “rehabilitate” these students, a long-term solution is the need of the hour.”

At present, in a bid to cater to the large number of medical aspirants, India has been steadily adding places to undergraduate courses across the country, but the demand continues to be far higher than the offer. Undergraduate places have increased by 72% from 51,348 places in 2014 to around 1.1 lakh now. The Prime Minister recently called on the private sector to step in to help develop the health education infrastructure. But, as Maheshwar Peri, founder of Careers360 points out, when NEET was imposed by the Supreme Court, 90% of private colleges raised fees by at least 400% in one day. The way forward may be to open the doors, establish eligibility criteria for infrastructure and teaching standards only, and put a cap on fees. This could help fill the supply gap that is being exploited today. Only adequate, affordable and high quality medical education will make students opt for India.

Meanwhile, Vinod assures me that he hasn’t given up hope. “Today I learned that students from Singapore and Pakistan are allowed to return to China. If it’s true, then we may be able to return in September too. Right now, all I want do is go to university and finish my internship.

“We carry the burden of our dreams, the aspirations of our parents. They invested a lot in us,” he says. Her parents remained silent throughout. Only their hands on Vinod’s shoulder betray their concern.